The District also meets with two groups. The User Group is made up of members of law enforcement and fire and emergency services in Umatilla and Morrow County. The User Group meets 4 times per year, on the last Wednesday of January, April, July, and October.
The Budget Committee is made up of volunteers from each county. The Budget Committee meets 1-3 times per year to review and comment on the proposed budget, and to pass it on to the Board of Directors for adoption.

The Umatilla Morrow Radio & Data District Board of Directors consists of five members, elected on an at-large basis by the electors of the district. The term of office is 4 Years (ORS 403.512)

Reason for being on the board: To work with a diverse highly skilled group with the goal of obtaining the very best radio and data communications available for first responders and other users on the system.  Be a liaison person for radio issues and report them accordingly.

Previous employment/years in current career: As of June 8th, 2021 will have started my 31st year as a Telecommunicator/Dispatcher

Education: Graduated from Hermiston High School in 1983, Graduated Blue Mountain Community College with an AA in Liberal Arts in 1985.  Currently I  hold a Basic, Intermediate and Advanced Certification for Telecommunications from DPSST.   Additionally I have a Supervisory and Management Certificate from DPSST. 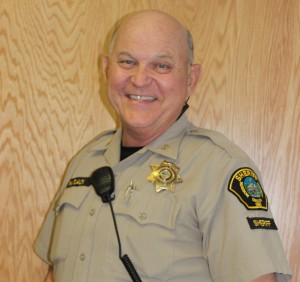 Administrative/Technical Assistant: Rosanna Brown
Rosanna began her employment with the District in April 2012. Previously, she was employed with Umatilla County Emergency Management and worked as part of the CSEP Program.

Previous District Administrator: Shawn Halsey
Shawn held the position of District Administrator from November 2011 until March 2022. Shawn worked for Umatilla County Emergency Management/CSEPP from 2002 to 2011, when he was hired by the UMRDD.  While there, Shawn oversaw the initial implementation and roll out of the Bi-County Communications System in 2004.  He coordinated the creation of Oregon Revised Statute (ORS) 403.5 Radio & Data Districts in 2009 and was instrumental in the formation of the Umatilla Morrow Radio & Data District in 2010.